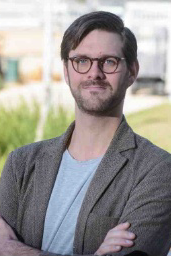 I’m a researcher at the Physics Department of Stockholm University and the Oskar Klein Centre for Cosmoparticle physics.

My research is related to cosmic dust and all sorts of supernovae from the Zwicky Transient Facility (ZTF), the Public ESO Spectroscopic Survey for Transient Objects (PESSTO) and the Spitzer Infrared Intensive Transient Survey (SPIRITS).

I was previously at the at the department of Astronomy and Physics at Uppsala University and the Weizmann Institute of Science. 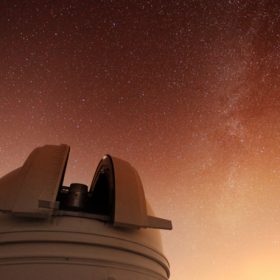 I am involved in the Zwicky Transient Facility (ZTF), which discover supernovae at optical wavelengths by systematically imaging the sky, several times per night, with the robotic Palomar 48-inch telescope.

I’m also part of the the Spitzer Infrared Intensive Transients Survey (SPIRITS), which was the first survey of its kind, exploring the dynamic infrared sky. 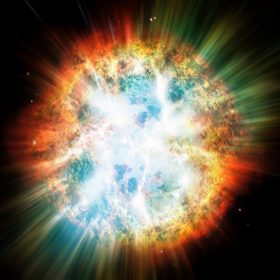 Supernovae are the explosive deaths of stars. Since stars of different mass follow different evolutionary tracks they face different end stages, which gives rise to a large variety of luminosities and spectral features among the supernovae.

One special type of supernovae, Type Ia, appears to always explode with the same brightness, making them useful as distance indicators. The acceler1ated expansion of the Universe was discovered using SNe Ia, leading to Perlmutter, Schmidt & Riess being awarded the Nobel Prize in 2011. While the use of SNe Ia remains essential for the studying the properties of the “dark energy” driving this accelerated expansion, the lack of understanding of the SN progenitor systems and the empirically derived standardization corrections represent severe limitations for SNe Ia as cosmological probes. 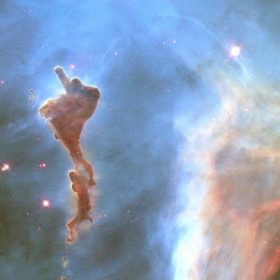 One astrophysical source of uncertainty in supernova observations comes from cosmic dust particles. Dust in the circumstellar (CS) environment of SNe, in the insterstellar medium of SN host galaxies and possibly even in the intergalactic medium have important implications for the observed colors and luminosities of SNe Ia; typically making them redder and fainter.

By measuring the wavelength dependence of the dust extinction from UV-to-IR observations and using other proxies for dust (such as Sodium absorption lines in high-resolution spectra) there is increasing evidence that some SNe show evidence for unusual dust. This, together with time-varying blue-shifted Sodium absorption, could indicate the presence of dust in the CS environment. Detecting or constraining the amounts of CS dust also has implications on the progenitor systems.

Together with a team led by Ariel Goobar at Stockholm University, we have detected for the first time multiple images from a gravitationally lensed Type Ia supernova.… END_OF_DOCUMENT_TOKEN_TO_BE_REPLACED

In a paper led by Yi Cao, we have a new exciting result! An early glimpse of ultraviolet light from a Type Ia supernova, iPTF14atg, reveals what… END_OF_DOCUMENT_TOKEN_TO_BE_REPLACED

Supernova 2014J in the nearby galaxy Messier 82 (less than 12 million light-years away) exploded on January 14, 2014 and was the closest ”standard candle” supernova in… END_OF_DOCUMENT_TOKEN_TO_BE_REPLACED